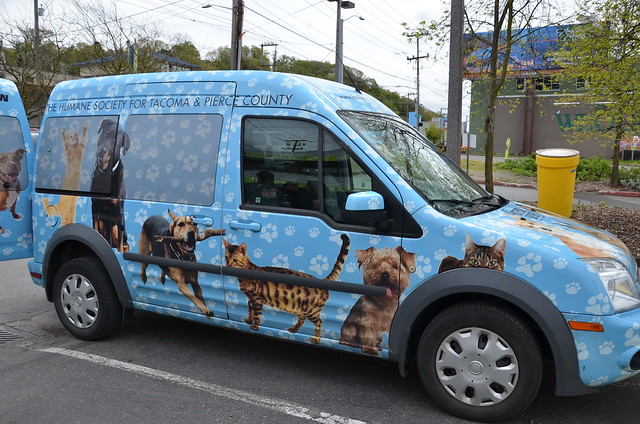 It was guinea pigs galore on Tuesday, when nearly 100 guinea piggies arrived at Seattle Animal Shelter.

It started about three years ago with one pair of guinea pigs – a male and female. In time, it became an unimaginable 250 guinea pigs, all in one couple’s  Eastern Oregon home. The couple surrendered all the animals and we’ve been working with the Blue Mountain Humane Society in Walla Walla to help transfer many of the guinea pigs to find homes in Western Washington.

The Seattle Animal Shelter on Tuesday served as a transport hub by accepting nearly 100 guinea pigs, which were then transferred to other animal welfare organizations in the area. Local NBC-affiliate KING 5 was on the scene for the guinea pigs’ arrival, and Animal Care Manager Tracy Bahrakis was able to provide helpful information:

We’re happy to have been able to partner with Blue Mountain Humane Society and other animal welfare organizations to help these animals in need.