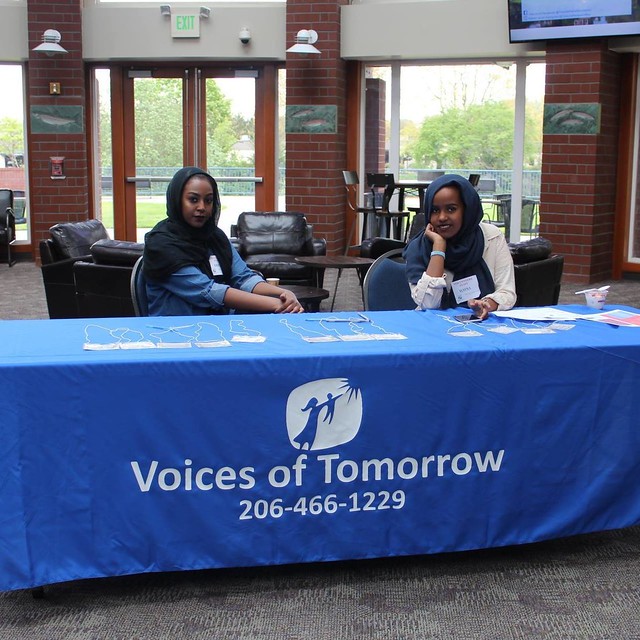 Voices of Tomorrow: Breaking down cultural barriers in child care

Voices of tomorrow has been serving East African childcare providers and their families for more than five years. The co-founders Zamzam Mohamed and Iftin Hagimohamed saw how a lack of cultural understanding in early learning was impacting their community. So they set out to better equip East African child care providers, children and families while breaking down cultural barriers.

Their mission reads, “helping today’s children for a better tomorrow.”

CEO Zamzam Mohamed says the hopes the organization will, “further bridge the cultural gap between Westerners and immigrants as far as childcare and raising children goes.”

The organization fully came together in 2012. Since then co-founders have worked to put together programs and conferences along with members of the community.

One such event in December was The Somali Women’s gala. The purpose of the event was to celebrate and empower Somali women in the local community. It also serves to appreciate and acknowledge the many women who work in the childcare field.

They also hold an annual childcare conference is held to support providers. This conference not only holds mandated trainings and improves professional development, but connects members of the community working towards a similar goal.

After receiving a grant from the City’s Technology Matching Fund, Voices of Tomorrow pushed to open a computer lab in the Hope Academic Enrichment Center, close to Voices of Tomorrow’s headquarters in South Seattle. The lab supports local childcare providers in gaining computer skills such as opening emails, responding to licensures and writing documentations.

Voices of tomorrow co-founder saw a common challenge among the 400 plus childcare providers in King County, and 166 in the Seattle area. They launched the computer lab project was started to improve tech literacy.

“People come in at different levels, so we created a ‘tailored needs service,’ where we will pair two people up. One who is very knowledgeable in the subject and someone who wants to learn about the certain subject. We use this system because our community of immigrants, especially where I am from, really thrives well with peer to peer support and activities,” said Mohamed.

The lab features a total of eighteen HP computers, including a printer, copier, scanner and projector. The projector was used during a nine week literacy training, in three hour sessions taking place every Wednesday and Saturday beginning last December. After a successful launch, the computer lab has moved to the Voices of Tomorrow office, where community members can still drop in and assist each other with various skills.

“For example, our families use a lot of storytelling,” she explains “and parents may think that they have to relearn skills to help their children with what is being taught in school, But they already have the skills. They just have to connect the dots using the methods that they have.”

Voices of Tomorrow started with the idea of breaking that cultural barrier. So Mohamed says that when childcare providers can call Voices of Tomorrow and there is no barrier in understanding, it brings her immense joy.

She says that the most rewarding part of her job is when childcare providers have the “A-ha moment” where they try out a method in their own childcare program and it successfully helps a child do better.