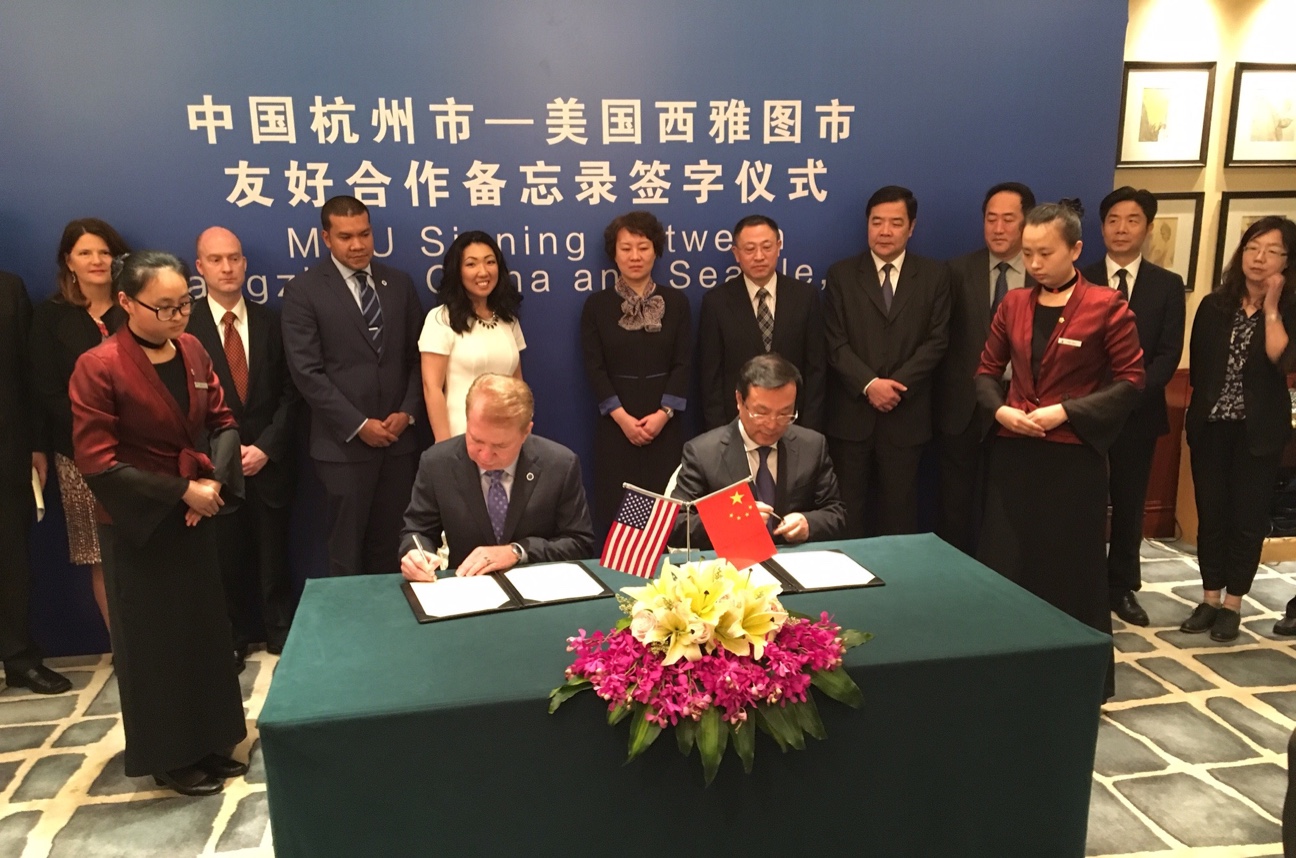 Mayor Ed Murray participated in a trade and cultural mission to China and Japan this month. The mission was part of an ongoing effort to encourage more foreign direct investment in Seattle, expand economic opportunities for local companies, and establish international partnerships. Murray joined the Seattle Metropolitan Chamber of Commerce, the Washington State China Relations Council, the Trade Development Alliance of Greater Seattle, the Port of Seattle, the University of Washington, and other local business on this trade mission to promote Seattle as a global hub for trade and innovation.

Seattle has deep cultural connections to China and Japan, and is home to thriving Chinese and Japanese communities. This trade and cultural mission reaffirms Seattle’s commitment to expanding economic opportunity and continuing cultural and educational exchanges between our countries.